Have you ever heard someone say, “I’ll believe it when I see it?” Chances are that you have even said it yourself. Usually spoken as an expression of skepticism and disbelief, of a successful outcome to an idea or endeavour. The reality, however, is just the opposite “If you don’t believe it, you’ll never see it.”

To achieve anything in life, we must first believe that the outcome desired can be achieved. Our belief is our motivation. This determines the amount of action we take. Movement is what makes things happen. Without belief, you have no reason, which means no activity. That leads to no results. You can’t see what you don’t believe. Helen Keller once said that the only thing worse than having no sight was “having sight but no vision.”

A vision is a belief in what can be, and what can be is never determined by what is. All the motivational speakers agree on one thing “if you believe you can do something, you will be highly motivated to achieve. On the other hand, if you don’t believe, you will not have the motivation to achieve.” So, when we say, “I’ll believe it when I see it,” what we are doing is saying, “I can’t do that,” I’m not going to try. We then rob ourselves of the ability to achieve and make a difference in our lives and those around us. So, believe it, in your mind your heart,

And Someday You Could See It. 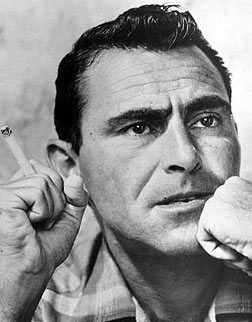 On October. 2, 1959, Rod Serlings science-fiction anthology, The Twilight Zone, first aired on the CBS TV Network. It quickly became the most acclaimed science-fiction anthology program ever created for television. It was recognized as the industry’s benchmark. It won three Emmies and a score of other awards.  The episodes are in various genres, including fantasy, science fiction, absurdism, suspense, horror, supernatural drama, black comedy, and psychological thriller, concluding with an unexpected twist and often with a moral. A popular and critical success, it introduced many Americans to typical science fiction and fantasy. The first series shot entirely in black and white, ran on CBS for five seasons from 1959 to 1964. The theme music was originally written by Bernard Herrmann. But was replaced after the first season by the more recognizable sound of the theme composed by Marius Constant and used for the series from the second season onward.

My wife has a slight impediment in her speech. Every now and then, she stops to breathe. Jimmy Durante

I have never hated a man enough to give his diamonds back. Zsa Zsa Gabor

“When the power of love overtakes the love of power, we will have peace.”

1. If your airport designation was YYZ, where would you be?
Toronto International.
2. Bangalore, India was formerly known as _____________?
Bombay.
3. What is the name given to the day of the Super Bowl?
Super Sunday.
4. In N. America, they are called cops. What are they call in England?
Bobbies.
5. Name the Dashiell Hamett detective with the initials S.S.?
Sam Spade.
6. What is a 'Jolly Roger'?
A Flag (the skull & crossbones)
7. What popular seventies group recorded 'Fernando'?
ABBA.
8. Table tennis is known by another name. What is it?
Ping Pong.

ARIES Mar. 21-Apr. 19: Motivate others through example. Be on time, stay late, work hard. The reward goes to those who go above and beyond.

TAURUS Apr. 20-May 20: Marital status is about to change. By year’s end, you will not recognize your life. The winds of change are blowing.

GEMINI May 21-June 20: Recognition comes your way. Smile and take the accolades with a grain of salt. Everyone wants a piece of you.

CANCER June 21-July 22: Winter is coming. Prepare by cleaning up your yard. Pack your summer clothes and get your winter boots and coats ready.

LEO July 23-Aug 22: Control your temper. Don’t allow things to get out of hand. You may say something that you regret. Grow up!

VIRGO Aug. 23-Sept. 22: Efforts to publish your handiwork are rewarded. Gratification comes in knowing you can do the job. Now for the sequel!

LIBRA Sept. 23-Oct. 22: The opposite sex finds you attractive. They are drawn to your smile and your charm. Don’t let it go to your head.

SCORPIO Oct. 23-Nov. 21: Time to make your move. New surroundings will benefit you and others. Give space where needed and ask for your own.

SAGITTARIUS Nov. 22-Dec. 21: A little downtime helps you recover from a situation at work. You cannot be all things to all people.

CAPRICORN Dec. 22-Jan. 19: A Virgo native is waiting for you to make the first move. Don’t be shy. Sometimes, you need to take the lead.

AQUARIUS Jan. 20-Feb. 18: Your life appears to be in a mess. It’s not. Look around; you’ll see that many others are in worse shape.

PISCES Feb. 19-Mar. 20: The cycle is complete. You’ve turned 360 degrees. Look for something new, or you will find yourself going in circles. 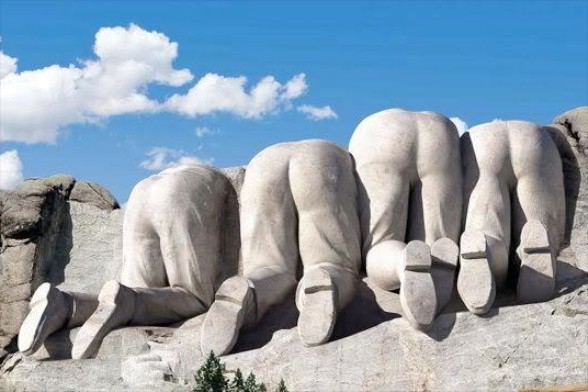 You’ve all heard of the Air Force’s ultra-high security, super-secret base in Nevada, known simply as “Area 51”? Well, late one afternoon, the Air Force folks out at Area 51 were surprised to see a Cessna landing at their secret base. They immediately impounded the aircraft and hauled the pilot into an interrogation room. The pilot’s story was that he took off from Vegas, got lost, and spotted the Base just as he was about to run out of fuel. The Air Force started a full FBI background check on the pilot and held him overnight during the investigation. They were finally convinced that the pilot really was lost and wasn’t a spy by the next day. They gassed up his airplane, gave him a terrifying “you did not see a base” briefing, complete with the threat of spending the rest of his life in prison, told him how to get to Vegas. The day after, though, to the total disbelief of the Air Force, the same Cessna showed up, once again the MP’s surrounded the plane…only this time there were two people in the plane. The same pilot jumped out and said, “Do anything you want to me, but my wife is on the plane, and you have to tell her where I was last night.”

“Can I help you?” asked the surgeon. “I keep thinking that I’m a moth,” Jim replied. “Well, you probably want to see a psychiatrist for that,” he said. “Yeah, I know,” said Jim. The surgeon looked confused. “Then… why are you here?”  “The light was on.”

You will never be poor if you can find a laugh
somewhere inside of you.