If there is one lesson that we can all draw from these last two years, it is this: “Be Prepared.” or at least be as prepared as we can be. As we cautiously pull ourselves out from the challenges we’ve had and still have, there is something that I have noticed. I’ve seen that while many are changing the way they go about their daily lives, many are not. Some people are carrying on as though the last two years never happened, doing everything the way they have always done. They say to themselves that everything is going back to normal. But, unfortunately, they have not realized that the old ‘normal’ is not what we will return to, but we will go forward into a new ‘normal.’

As we start a new year, it is time to start becoming ‘prepared.’ To start accepting the changes that have already happened and get ready for those that will occur. Change is the one constant in life we can count on. It happens with or without us.

Aesop, a slave and storyteller believed to have lived in Ancient Greece between 620 and 564 BC, is credited with a collection of stories now known as Aesop’s Fables, all with a moral. In ‘The Ants and the Grasshopper,’ “Be Prepared” is the moral of the story. Almost two thousand years later, Robert Baden Powell founded the Scout movement and chose “Be Prepared” for its motto. The call to be prepared is not a new concept. Down through time, there have been references to being ‘prepared’ in philosophical and religious teachings. Let your mind dissect the closing sentence of this message, and you will see that there are practical reasons for being prepared.

“Dig Your Well Before You Are Thirsty.”

Get The Perkolator Delivered FREE!

My doctor was giving me a hard time about my health. So to get back on his good side, I bought a puppy and named him ‘Five Miles.’ That way, when I went to see my doctor, I could tell him, “I walk five miles every morning!” 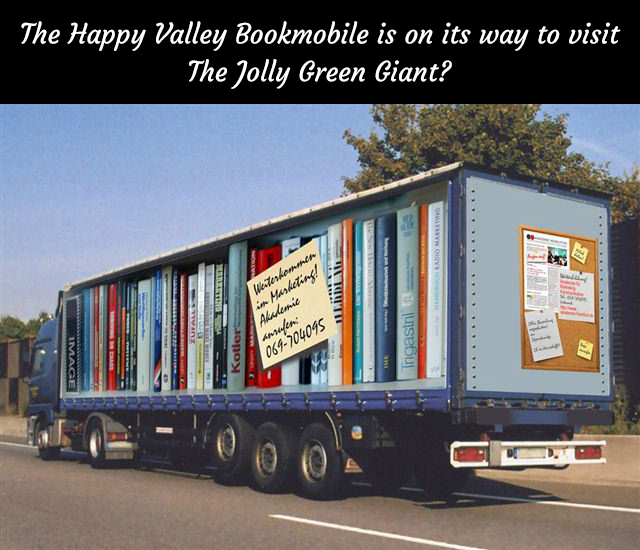 “What oxygen is to the lungs, so is hope to the meaning of life.”

1. What layer of the earth do humans live on?
The Crust.
2. Air pressure is measured by what instrument?
A Barometer.
3. What religious group did William Penn lead?
The Quakers.
4. Anne Hathaway was the wife of what famous writer?
William Shakespeare.
5. Where would you find “The Sea of Rains”(Mare Imbreum)?
The Near side of the moon.
6. What is a Killdeer?
A Bird(Largest Ringed Plover).
7. A Kiilick(a large rock). Is used for what purpose?
Boat Anchor.
8. In the movie 'Tootsie,.' Who played the title role?
Dustin Hoffman.

ARIES Mar. 21-Apr. 19: Sometimes, it takes some time for a friendship to grow. Just as a love affair needs time to mature.

TAURUS Apr. 20-May 20: Someone fond of you is looking out for your welfare. It’s time to stand up for your beliefs.

GEMINI May 21-June 20: This is an excellent time to take advantage of your business contacts. Especially if you are seeking new opportunities.

CANCER June 21-July 22: Plan some time for leisure activities, and enjoy. A co-worker may turn out to be of great help.

LEO July 23-Aug 22: Re-examine your relationships. If you have any doubts, make a decision to let go before it’s too late.

VIRGO Aug. 23-Sept. 22: In matters of the heart, allow your partner a little more space. The new year is looking good for you.

LIBRA Sept. 23-Oct. 22: Something is bothering you. Don’t shy away from it. You know more than you give yourself credit for.

SCORPIO Oct. 23-Nov.21: Make sure that you can make a commitment to a friend financially. It could prove to be costly.

SAGITTARIUS Nov. 22-Dec. 21: You can grow closer to that special someone. Stay away from crowds and spend more time together.

CAPRICORN Dec. 22-Jan. 19: A suggestion from an acquaintance could prove to be very interesting. There could also be some additional benefits.

AQUARIUS Jan. 20-Feb. 18: New year is a time to renew old acquaintances. A friend from the past makes contact. Remember the good times.

PISCES Feb. 19-Mar. 20: The timing is right. Locate and pursue that opportunity you want. A friend or online article will show you the way.

Answers to Things You Didn’t Want To Know. 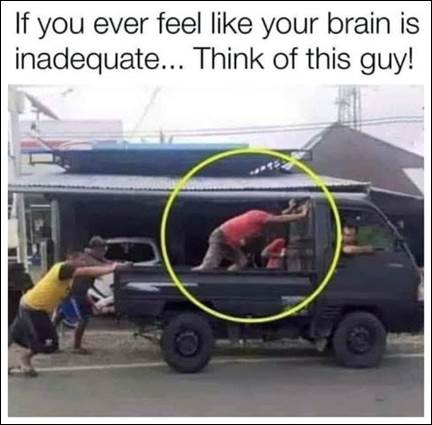 Matt’s dad picked him up from school one afternoon. Knowing the parts for the school play were supposed to be posted today, he asked his son if he got a part. Matt enthusiastically announced that he’d got a part. “I play a man who’s been married for twenty years.” “That’s great, son. Keep up the good work, and before you know it, they’ll be giving you a speaking part.”

A mountain climber was wealthier this past holiday season. The unnamed climber had found, in 2013,  a cache of precious gems valued at $84,350. The Chamonix-Mont-Blanc council, on December3, awarded the stones to the climber who had found the emeralds and sapphires as he scaled western Europe’s tallest peak. They were debris from a 1996 airplane crash. However, CNN reported that the original owner of the stones couldn’t be located. So the council split the booty with the climber and will display their half at the Chamonix Crystal Museum.

On Sunday, a minister arrived at church with a band-aid on his face. Offering an explanation, he said, “I was thinking about my sermon while I was shaving, and I cut my face. After delivering a long and tedious address, the minister found an unsigned note on the collection plate. It read, “Next time, why not think about your face and cut the sermon.

Don’t blindly follow the ideas of others.
Take a look at your own … .. they may be better!