It’s been more than six months since we were able to bring you a regular dose of fun, positivity and all the good stuff packed into The Perkolator. Now, thanks to the hard work of your local publisher, Steve Payne, along with the advertisers and distribution locations, we are back in circulation.

With our re-launch come some new innovations. We have built a new, more versatile website. We will now post our editions, as the print editions go into circulation, on the website. So, if you miss an edition for some reason, you can now read it and back issues on the website;  www.theperkolator.ca

While you’re there, you can subscribe to having The Perkolator delivered FREE to your email box, so you’ll never miss another edition. Watch out for more innovations as we expand our use of new technologies.

Advertisers will have full-colour ad’s in the print edition and the online and subscription editions. Also, advertisers will be the ability to be hyperlinked from our digital edition to their website.

During our hiatus, The Perkolator celebrated twenty-five years of publication. We look forward to bringing you smiles, positive thoughts, exciting trivia, and more for the next twenty-five years. 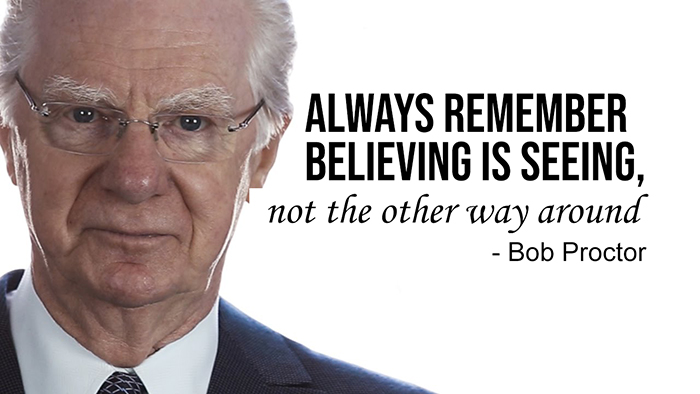 A shopkeeper worried when a business like his opened next door with a huge sign which read BEST DEALS. He was horrified when a competitor opened on his right, with an even larger sign, reading LOWEST PRICES. The shopkeeper got an idea. he put the highest sign over his shop. It read… MAIN ENTRANCE.

A golfer went into the pro shop and looked around frowning. Finally, the pro asked him what he wanted. “I can’t find any green golf balls,” the golfer complained. The pro looked all over the shop, and through all the catalogs. Finally, he called the manufacturers and determined that, sure enough, there were no green golf balls. As the golfer walked out the door in disgust, the pro asked him, “Before you go, could you tell me why you want green golf balls?”
“Well, obviously, because they would be so much easier to find in the sand traps!” 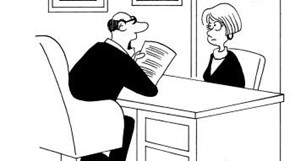 An investment counselor went out on his own. He was shrewd and diligent, so business kept coming in, and pretty soon he realized he needed an in-house counsel, so he began interviewing young lawyers. “As I’m sure you
can understand,” he started off with one of the first applicants, “in a business like this, our personal integrity must be beyond question.” He leaned forward. “Miss Peterson, are you an ‘honest’ lawyer?” “Honest?” replied the job prospect. “Let me tell you something about honesty. Why I’m so honest that my father lent me fifteen thousand dollars for my education and I paid back every penny the minute I tried my very first case.” “Impressive….. And what sort of case was that?” The lawyer squirmed in her seat and admitted, “He sued me for the money.”

1. What is the name of the German airline?
Lufthansa.
2. What is the largest number of five digits you can have?
99999.
3. What is the most famous university of Paris?
Sorbonne.
4. What is the name of Indian's holy river?
The Ganges.
5. Which South American country is named after Venice?
Venezuela.
6. What color is the French wine Beaujolais?
Red.
7. Who invented the vulcanized rubber used in tires?
Goodyear.
8. What book did Mary Shelley write when she was only19?
Frankenstein.

Gemini May 21 – June 20:    Your imagination could get a little carried away. Avoid over-indulgence and keep control of your anger. Stay calm.

Cancer June 21 – July 22:   Stay within your budget no matter what the temptation is. Put your future needs ahead of instant pleasures.

Leo July 23 – Aug 22:    School activities gobble up more and more of your time. Make sure you’re getting the best return on your efforts.

Peterborough Lift Lock is not only the worlds highest hydraulic lift lock it also has ghosts. Some are so familiar to the staff at the lock that they are spoken of by name. There is Bumpy, an ex-employee, Art, and Billy, who died during construction. There have also been ghostly sightings of some who committed suicide there. Stories abound about the lock, like the one about a worker who, during construction lost his balance and fell to his death, right down the hollow centre column. Being too difficult to recover his body they just kept pouring concrete over him, encasing him in the lock forever. Another story is told about a group of maintenance workers, working in the bowels of the structure, who heard the sound of boot steps coming down the stairwell but no-one appeared. When one of them went to investigate they discovered wet boot prints leading right up to the centre column and stopping. The ghosts have been known to attack men. Witnesses have also reported screams, footsteps, unexplained odors, strange lights and faces peering out of the tunnels. To top it off the lock has also been cursed, by an unknown woman who was burned at the stake in the 1840’s. The curse is believed to be responsible for many of the accidents at the site. 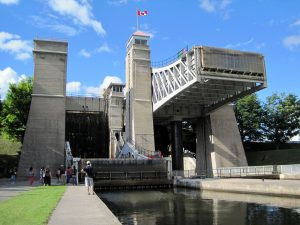 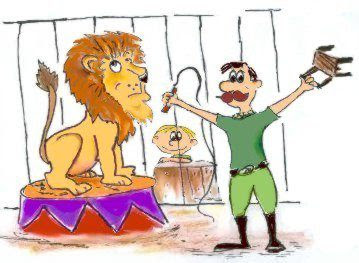 Two unemployed guys are talking. One says, “I’m going to become a lion tamer.” The other replies, “That’s crazy, you don’t know nothing about no lion taming.” “Yes, I do!” “Well, OK, answer me this. When one of those lions comes at you all roaring and biting, what you gonna do?”  “Well, then I take that big chair they all carry, and I stick it in his face until he backs down.”  Well, what if the lion takes that big paw, and hooks the chair with them big claws, and throws that chair out of the cage? What do you do then?” “Well, then I takes that whip they all carry, and I whip him and whip him until he backs down.” “Well, what if that lion bites that whip with his big teeth, and bites it in two? What you gonna do then?”  “Well, then I take that gun they all carry, and I shoot him.”  “Well, what if that gun doesn’t work? What will you do then?”  “Well, then I pick up some of the poop that’s on the bottom of the cage, and I throw it in his eyes, and I run out of the cage.”  “Well, what if there ain’t no poop in the bottom of the cage? What you gonna do then?”  “Well, that’s dumb. Cause if that lion comes at me, and he throws the chair out of the cage, and he bites the whip in two, and my gun doesn’t work, there’s going to be poop on the bottom of that cage, you can bet on that.”

A good laugh and a long sleep are the two best cures for anything.