Often in today’s world, the next word in the above title would be…Violence. We’re in danger of using violence to settle differences with others, no matter how slight the difference. In entertainment media, we see violence played out in such mind-numbing detail that we are desensitized to it. Combined with 24-hour news cycles that repeat the same incidents repeatedly, it’s no wonder that we are conditioned to violence as a normal reaction to everyday disagreements. Wouldn’t it be nice if we could change the word VIOLENCE and replace it with KINDNESS?

In one of Aesop’s Fables, an ant went to the bank of a river to drink, fell in and found itself about to drown. A dove, sitting on an overhanging tree branch, plucked a leaf, letting it fall close to the drowning ant, who climbed onto it and floated safely to the bank. Shortly afterward, a bird catcher stood under the tree and began laying a trap for the dove. The ant, seeing this, seized the opportunity to sting him in the foot. In pain, the birdcatcher threw down the trap, and the noise alerted the dove to fly away.

It’s great to receive a random act of kindness, as the ant received from the dove. But, it’s even better when we can return the favour, as the ant did for the dove. Who has helped you get by? Is there a way you can show them your gratitude? Is there someone you know who needs a helping hand, even if they have done nothing for you?

Mother Teresa said, “I alone cannot change the world, but I can cast a stone across the waters to create many ripples.”

Cast your stone… Create your ripples.

After a long day on the golf course, the exasperated golfer turned to his caddy and said, “You must be the worst caddy in the world.” “No I don’t think so,” said the caddy, “That would be too much of a coincidence.”

“A little learning is a dangerous thing, but a lot of ignorance is just as bad.” 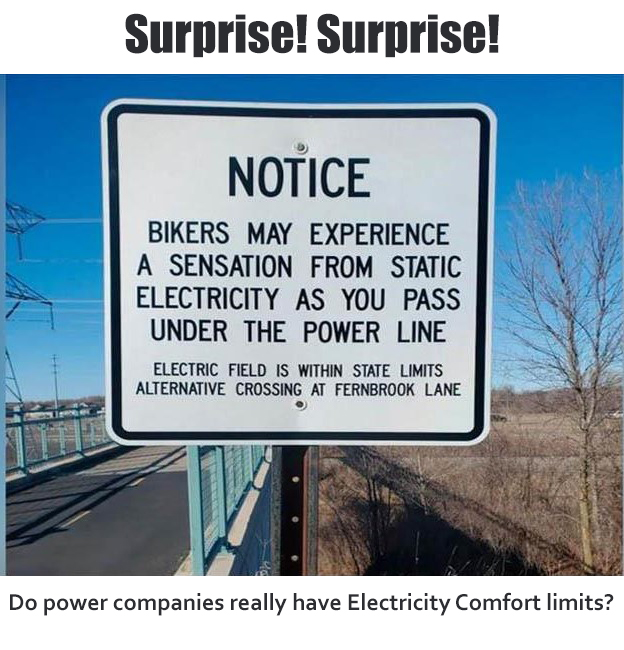 My wife was sitting at the kitchen table yesterday, counting all her loose Quarters, Dimes and Nickels. Suddenly she got furious and started shouting and crying. I thought to myself. ‘She’s going through the change.

During a conversation between Betty and Ann, Betty commented, “I don’t know about your husband, but mine would make a terrible prison guard.”  “Why is that?”, Asked Ann. “Because he never lets anyone finish their sentence,” said Betty.

1. He won the NBA MVP 3 years running. 1965/66, 66/67, 67/68?
Wilt Chamberlain.
2. In what country would you find a train named “The Bullet”?
Japan.
3. Holden Caulfield is the hero of what J.D.Salinger' novel?
Catcher In The Rye.
4. What was Clint Eastwood's job in the movie 'Play Misty For Me.'?
Disc Jockey.
5. Who was the first NHL player to be paid One Million Dollars?
Bobby Hull.
6. What is a group of goats called?
A Trip.
7. Which two countries are connected by The Khyber Pass?
Pakistan & Afghanistan.
8. What sport uses the 'Diamond, 'Star & Caterpillar formations?
Sky Diving.

ARIES Mar. 21-Apr. 19:   You will function best if you allow yourself some flexibility. New developments will take some of your time.

TAURUS Apr. 20-May 20:  Don’t discount what seems to be an unusual idea. It could help you solve something else down the road.

GEMINI May 21-June 20:  An associate’s idea may help you solve one of your problems. You will have to act swiftly, though.

CANCER June 21-July 22:  If you stay informed, there is a good chance you can create some personal gains. So stay alert.

LEO July 23-Aug 22: Being a good listener will help a friend and gain you some respect. A new romance may present itself.

VIRGO Aug. 23-Sept. 22:   You can do what needs to be done. Don’t allow those feelings of insecurity to hold you back.

LIBRA Sept. 23-Oct. 22:   Your knowledge gives you a definite edge in your career. While others struggle, you have things in control.

SCORPIO Oct. 23-Nov. 21:   Any gains you are making at the moment are due to the efforts of others. Take control, lead the way

SAGITTARIUS Nov. 22-Dec. 21:  Others are looking to you for direction and encouragement. Don’t let them down. Get involved.

CAPRICORN Dec. 22-Jan. 19: An invitation, if accepted, could prove worthwhile. You may meet someone new who you will find interesting.

AQUARIUS Jan. 20-Feb. 18:   Pay attention to those flashes of inspiration, especially when they concern possible changes. They could be valuable.

PISCES Feb. 19-Mar. 20:   Your best chance of success is with those whose vision is rooted in the future, not planted in the past.

At A Texas Bar 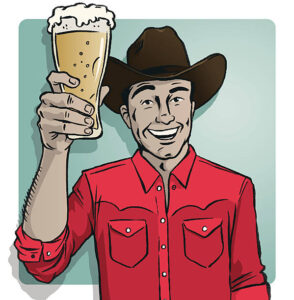 A blind man walks into a Texas bar. He goes to the bar and hops up on a giant bar stool.

“Boy, this seat is massive!” he tells the bartender. The bartender tells him, “Everything’s bigger in Texas!” He orders a beer, and the barkeep thrusts a half-gallon mug of ice-cold beer into his hands. “This is huge!” he says. “As I said, everything’s bigger in Texas.” the bartender says. He manages to drink the whole thing while chatting with the bartender. Still, eventually, the half gallon of liquid catches up with him. He asks the bartender where the bathroom is, and the bartender says, “Down the hall, first door on the right.” He starts down the hall but misses the bathroom and walks through the second door, which happens to be the hotel pool. He steps forward and falls into the pool. After flailing about, he bobs to the surface and desperately yells, “Don’t flush! Don’t flush!” 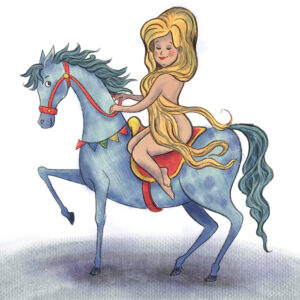 Lady Godiva pleads with her husband, Leofric, Earl of Mercia, over his treatment of his people. To quiet her, Leofric said he would lower taxes if Godiva rode through the streets of Coventry completely naked. Unfortunately, he misjudged his wife’s reaction – Godiva met his challenge and made the ride.

The people of Coventry were ordered to stay indoors, close their shutters and make sure they averted their eyes as she passed by. According to legend, the town complied, apart from one man, Tom the tailor, who could not resist. As soon as he had peeked through his shutters and spied on Lady Godiva, he was instantly struck blind.

The truth of this story is debatable. Lady Godiva was real, but records are sketchy about her horse ride. Peeping Tom? Didn’t emerge as part of the legend until the 17th Century – it is unclear why he was added to the already-racy story.

A reporter interviewing seniors for a feature in a local publication found himself standing in front of a particularly older man. Starting the interview, the reporter asked, “To what do you think you owe your long life?”  The man thought for a few moments, then responded, “To tell the truth, I attribute my long life to cancelling my ocean voyage on the Titanic.”

If we are all thinking alike,
then some of us are not thinking at all. 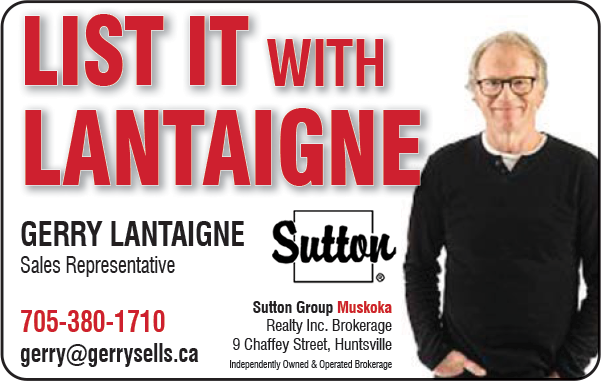 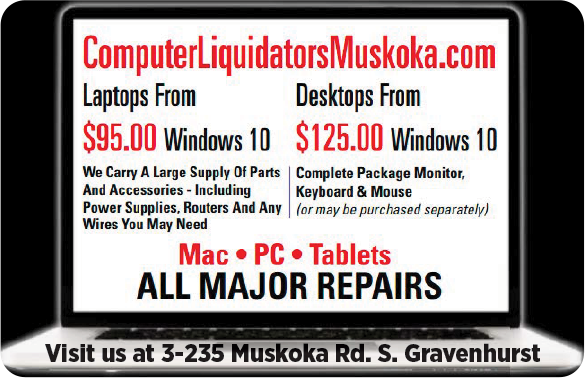 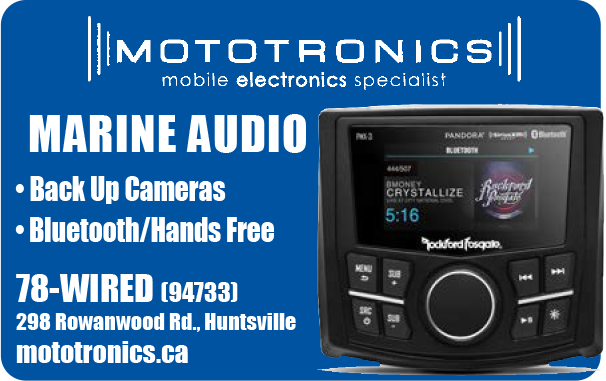