Who Said You Were Too Old?

I have lost count of the number of times I have heard, “I’m just too old to do something different,” OR, “If I was just ten years younger,” OR, “I shoulda’ done that sooner, I’m past it now.”   These are usually excuses for not wanting to get out of one’s comfort zone. You may have even caught yourself saying things like that. If you have, then let me ask,

Age is a “Frame of mind” as it is a time of life. Sure, you may not have the same energy level, and you have to take things a little slower. You may even have some physical barriers, and it’s a safe bet that some people in your circle will tell you to “act your age” and leave it to the young folk. But you have many advantages over a more youthful person; you have experience, combined with a lower energy level. That means you are less likely to rush into things or expose yourself to costly errors. Put that together with your knowledge and wisdom, and you have a winning combination. All you need now is a dream and a positive attitude.

To become All That You Can Be! 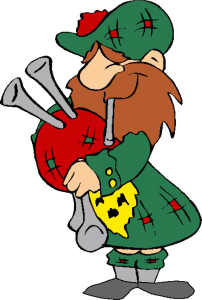 As a bagpiper, Hamish played many gigs. Recently, he was asked by a funeral director to play at a graveside service for a homeless man. He had no family or friends, so the service was at a paupers cemetery in the Nova Scotia backcountry.

As Hamish was unfamiliar with the backwoods, he got lost and, being a typical man, didn’t stop for directions. He finally arrived an hour late and saw the funeral guy had evidently gone, and the hearse was nowhere in sight. Only the diggers and crew were left, and they were eating lunch. He felt terrible and apologized to the men for being late.

He looked down into the grave; the vault lid was already in place. Then, not knowing what else to do, he started to play. The workers put down their lunches and began to gather around. He played his heart and soul for this man with no family and friends. Playing as he’d never played before for this homeless man.

And, as he played “Amazing Grace,” the workers began to weep. They wept, he wept, they all wept together. Then, when he finished playing, he packed up his bagpipes and started for his car. Though his head was hung low, and his heart was full.

As he opened the car door, he heard one of the workers say, “I’ve never seen anything like that before, and I’ve been putting in septic tanks for twenty years.”

A teenager brings her new boyfriend home to meet her parents. They’re appalled by his haircut, his tattoos, his piercings. Later, the girl’s mom says, “Dear, he doesn’t seem to be a very nice boy.” “Oh, please, Mom!” says the daughter. “If he wasn’t nice, would he be doing 500 hours of community service?”

“Common sense is genius wrapped up in working clothes.”

1. Who was the inventor of the cigar rolling Machine?
Oscar Hammerstein.
2. It takes 3 apples to make 1 cup of cider; how many apples would One litre require?
Twelve (1 cup = 250 ml).
3. In what compass direction is a baseball pitched?
West.
4. What is Monophobia (aka, Autophobia)?
Fear of being alone.
5. At the end of a pencil. The metal band holding the eraser is called what?
A Ferrule.
6. In the name Attila the Hun, what does Attila mean?
Little Father.
7. How long was the hundred years' war?
One hundred and sixteen.
8. Where are Panama hats made?
Ecuador.

Aries Mar. 21 – Apr. 19: Catch up with friends and spend some quality time together. Blend your old and new friends with caution.

Taurus Apr. 20 – May 20: You have enough to keep you occupied, so don’t go flirting with disaster. Stay safe and close to home.

Gemini May 21 – June 20: Hold the line on your investments. This is not the time to be aggressive. Instead, a cautious approach is required.

Cancer June 21 – July 22: Renew your commitment to your partner. They need your assurance. Showing your love is reassuring.

Leo, July 23 – Aug 22: Your current relationship has cooled off. One of you is not working at it. Some things are not meant to be.

Virgo Aug 23 – Sept 22: A health or weight problem will not be easy to control. Your social life gives you a lot to be thankful for.

Libra Sept 23 – Oct 22: A nurturing caregiver has given much to someone you love. Show your appreciation and gratitude, and reward accordingly.

Scorpio Oct 23 – Nov 21:  Your educational pursuits are ending. It’s time to put all that learning to good use.

Sagittarius Nov 22 – Dec 21: Office gossips hurt the feelings of some of your associates. Become part of the healing. Call out the gossipers.

Capricorn Dec 22 – Jan 19: A brief moment of sunshine will brighten your week. You will make the most out of an unexpected meeting.

Aquarius Jan 20 – Feb 18: A surprise visitor may interrupt your busy schedule. Take it in your stride, relax and have fun.

Pisces Feb 19 – Mar 20:  Your loyalty and honesty will help you through some rough waters. Good things are waiting on the other side.

A little boy opened the large old family Bible, and he looked with fascination at the ancient pages as he turned them one by one. He was still in Genesis when something fell out of the Bible. He picked it up and looked at it closely. It was a big old tree leaf that had been pressed between the pages of the Bible long ago.” Momma, look what I found!” the boy called out. “What do you have there?” his mother asked. Then, with astonishment in his voice, the young boy answered, “I think it’s Adam’s underwear!” 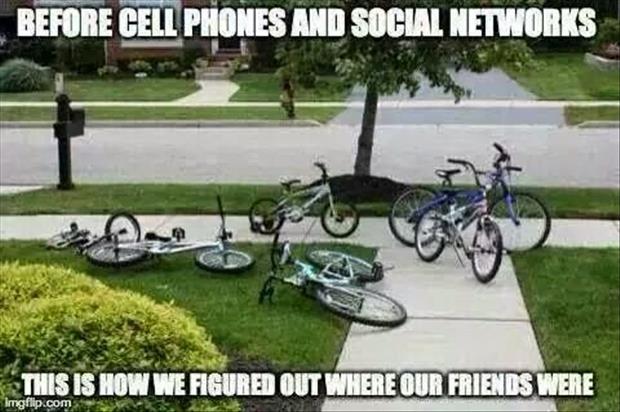 “Nothing looks good on me anymore,” wailed a customer modelling an outfit in front of the department store’s mirror. “Nonsense, ma’am,” soothed the sales clerk. “That dress says it all.” “That’s the problem,” the woman replied. “I need a dress that keeps its mouth shut.”

An elderly Irish farmer recently received a letter from the Department for Work & Pensions. They suspected he was not paying his employees the statutory minimum wage. So they would send an inspector to interview them. On the appointed day, the inspector turned up. “Tell me about your staff,” he asked old Farmer.

“Well,” said the old man, “there’s the farmhand, I pay him £380 a week, and he has a free cottage. Then there’s the housekeeper. She gets £250 a week, along with free board and lodging. There’s also the half-wit.  He works  16-hour days, doing 90% of the work, earns about £50 a week along with a bottle of whiskey and, as a special treat, occasionally gets to sleep with my wife.” “That’s disgraceful,” said the inspector, “I need to interview half-wit.”

“That’ll be me then,” said old Farmer.

Time is like a river. You cannot touch the same water twice
because the flow that has passed will never pass again.
So enjoy every moment of life.