“Who Do You Think You Are?”

When we hear that question, it’s usually in a derogatory manner. It starts in childhood and continues into adult life. It often happens when we step up and do something different, try to achieve a goal, tackle new situations, and act differently. It will be said to some people so many times they will do anything to avoid hearing it again. They stop trying new things, putting themselves ‘up-front’ and risking the caustic question. They suppress themselves and become what someone else thinks they should be.

Who we ‘think’ we are, forms the base on which we build the person we become. Who we ‘think’ we are, allows us to see what we can achieve. Suppose we are encouraged to step ‘out-front,’ to try new things. In that case, we will develop a positive image of ourselves, leading to achievement, not becoming a poor imitation of someone else. In the world of sport, it is who they ‘think’ they are that allows the great ones to achieve greatness. First, they ‘think’ it, then visualize it, practice it, then execute it. Ask any ‘gold medal winners how they won. They’ll tell you that they visualized themselves winning the medal for years before winning. Many times they would look in the mirror and practice receiving the medal. Imagine what could have been lost if someone had constantly asked, “who do you think you are?” in the way it is often spoken.

If you find yourself about to ask that question of someone, stop, offer instead, a positive observation.  If someone says it to you, answer aloud, “I am a winner, an achiever, a person who counts and can do great things. That’s who I think I am.”

Then you will become the person you ‘think’ you are.

“Forgive others, not because they deserve forgiveness, but because you deserve peace.”

A guy went to a flight school, insisting he wanted to learn to fly. As all the planes were currently

in use, the owner agreed to instruct him, by radio, on how to pilot the solo helicopter.

The instructor took the guy out, showed him how to start the aircraft, gave him the basics, then sent him on his way. After the guy climbed 1000 feet, he radioed in. “I’m doing great! I love it! The view is so beautiful, and I’m starting to get the hang of this.” After 2000 feet, he radioed again, saying how easy it was to fly. The instructor watched him climb over 3000 feet and worried that the man hadn’t radioed in. He watched in horror a few minutes later as the helicopter crashed about half a mile away. He ran over and pulled the guy from the wreckage. When asked what happened, the guy said, “I don’t know! Everything was going fine, but as I got higher, I started to get cold. I can barely remember anything after I turned off the big fan!”

1. Who was Nick in the TV series The Beachcombers?
Bruno Gerussi.
2. In 1992, what Philippines volcano played a dramatic role in Canada’s weather?
Mt. Pinatubo.
3. Who created the character of Ed Grimley?
Martin Short.
4. By what name do we know the Greek god of Beauty, Poetry and music?
Apollo.
5. What was the prominent design style of the 1920s and '30s called?
Art Deco.
6. What would 'Shave the short, close fuzz of a peach without harming the skin'?
Remington Electric Razor.
7. To which country does the Island of Elba belong?
Italy.
8. At the Highland Games, the log tossed is known by what name?
A Caber2.

Aries Mar. 21 – Apr. 19: It’s time to knuckle down and work on your goals. Your future results depend on what you do today.

Taurus Apr. 20 – May 20:  An old friendship is falling apart. You can revive it by remembering the past with affection. Don’t let it collapse.

Gemini May 21 – June 20: Sometimes, you have to spend money to make money. Spend wisely, and you will net some big dividends.

Cancer June 21 – July 22: a brief encounter could lead to a more permanent arrangement. Be aware of what goes on around you.

Leo July 23 – Aug 22: Your feelings have been ignored. Don’t let it get you down. Your feelings are more important than how others feel.

Virgo Aug 23 – Sept 22: A new book beckons you. Devote the time to read it. You will gain a great deal from it.

Libra Sept 23 – Oct 22: This week could signal a new start for you. What appears to be a run-of-the-mill event holds some surprises.

Scorpio Oct 23 – Nov 21: A co-worker steps out of line. Don’t follow their lead. Instead, steer clear of the problems that ensue. Avoid confrontation.

Sagittarius Nov 22 – Dec 21: Let your spirit soar; lift yourself higher. You can accomplish many things if you set your mind to it.

Capricorn Dec 22 – Jan 19: You will be surprised at how quickly your ideas are accepted. Fuel the flames of acceptance with your passion.

Aquarius Jan 20 – Feb 18: Lavish your attention on someone who is down. Help them to rise up. Smile even though you don’t feel like it.

Pisces Feb 19 – Mar 20:  Budget your time with extra care. It is the path to increasing your productivity. Use it wisely for the best results 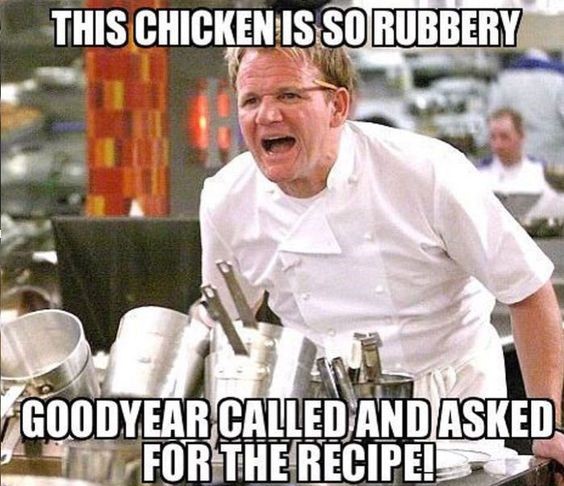 A 34-year-old man in Lincoln, Nebraska, about to be breath tested at the police station, avoided the test when he came out of the men’s room with blue foam oozing from his mouth. He had been sucking on a sanitizer disc from the urinal. He was later charged with DUI due to the blood test they had to take to check for chemical poisoning.

Two salesmen were going door to door and knocked on the door of a woman who was not happy to see them. She told them in no uncertain terms that she did not want to hear their offer and slammed the door in their faces. However, to her surprise, the door did not close and, in fact, bounced back open. So she tried again, really put her back into it, and slammed the door again with the same result-the door bounced back open.

Convinced these rude young people were sticking their foot in the door. So she reared back to give it a slam that would teach them a lesson when one of them said: “Ma’am before you do that again, you need to move your cat.”

Patient 1: ‘Why did you run away from the operation table?’

Patient 2: ‘The nurse was repeatedly saying ‘don’t get nervous, ‘don’t be afraid,’ ‘be strong,’ ‘this is a small operation only,’ things like that.’

Patient 1: ‘So what was wrong with that? Why were you so afraid?’

Patient 2: ‘She was talking to the surgeon!’

When you want your words to carry weight,
Weigh them very carefully.