What Are YOU Focused On?

We’re often told that to be successful, we must stay focused. When suggesting to some people that they be more focused, I have heard the response, “I am focused, but I am not getting anywhere .”Looking deeper into what they’re doing, we often find that they are not quite as focused as they think. As much as half of their focus is on the negative in their life, what they think they can’t do. Leaving them with less energy to pursue the positive aspects leading to overcoming the negatives.

Shortly after starting The Perkolator, I was on the verge of bankruptcy. It would have been easy to focus on all the negatives. But instead, I took the advice offered in the book “Grow Rich While You Sleep” by Ben Sweetland. I wrote down my challenges, read them over several times before bed, Put the paper in a drawer, picked up a positive book, and read a couple of chapters. Then went to sleep.

On awakening, I focused on the positive, what I could do, and what I had to offer, and I put my energy into that. I didn’t look at or think about my problems; instead, I concentrated on what I could do to solve them. It wasn’t easy, but the result was that one month later, all those problems had been reduced to one or two manageable ones. Taking the list out of the drawer, I checked off most of the list I had written just one month prior. I had discovered the power to “overcome” that is inside all of us. The advice from Ben Sweetland’s book helped me get my life back on track.

Too often in life, we focus on that which we do not have. We fail to focus and engage the things we have, allowing the negative to dominate and rule our ability to reach that better future ahead of us.

YOU Have to Focus On The Positive

Judge: “If you saw the man driving toward you, why did you not give him half the road”? Female Driver: “I was going to your Honour as soon as he made up his mind which half he wanted.” 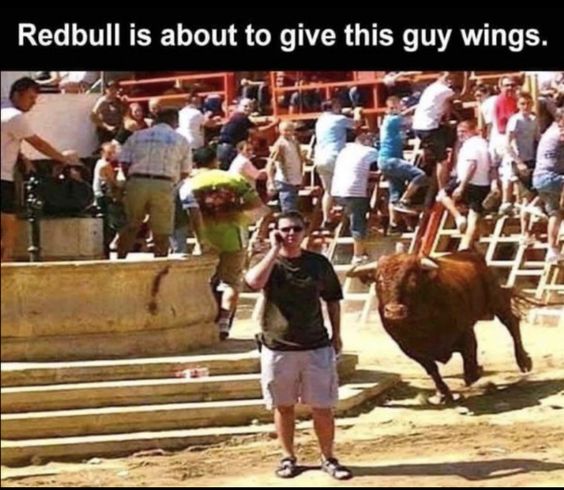 “My luck is so bad that if I bought a cemetery, people would stop dying.”

As Seventy-year-old Albert pondered his health, he concluded he shouldn’t care about it anymore. Here’s why;

If walking is good for your health, the mailman would be immortal.

A whale swims around all day, only drinks water and eats fish. But it is still fat.

A tortoise doesn’t run and mostly does nothing, Yet can live for one hundred and fifty years.

Albert says to those who want him to exercise, “Just give me the senility to forget the people I never liked. The good fortune to remember the ones I do and the eyesight to tell the difference.”

Mom was having difficulty with her diet. She put a picture of a super-model in a bikini on the fridge door. It worked; in the first week, she lost three pounds. But dad gained fifteen.

Due to an error, the wrong name appeared in the local newspaper. When the man named read the notice, ha contacted the editor; “I just read the notice of my death in your paper,” he told the editor. “Oh,” said the editor, “and just WHERE are you calling from?”

Who wrote; Bluebeard’s Egg, The Circle Game, & Cat’s Eye?
Margaret Atwood.
2. Name the U.S. state in the song title, 'Moonlight In…..'?
Vermont.
3. What outfit did the main character in the novel 'IT' wear?
A Clown Outfit.
4. What PBS tv show could be described as the 'Mona Lisa Playhouse'?
Masterpiece Theatre.
5. In Muslim and Asian countries, what is 'Kohl' used for?'
Eye Makeup.
6. In the original Perry Mason series. What was the name of the District Attorney?
Hamilton Burger.
7. Eric Clapton, Ginger Baker & Jack Bruce played in what rock group?
Cream.
8. What was the name of the capsule John Glenn orbited the earth in?
Friendship.

ARIES Mar. 21-Apr. 19:   This is not a good time to travel far from home. Explore new destinations much closer to home.

TAURUS Apr. 20-May 20:  An old friend asks for assistance with a problem. Listen carefully and offer all the help you can.

GEMINI May 21-June 20:  Your career could take a dramatic turn. A good outcome will all depend on how you handle the change.

CANCER June 21-July 22:  Someone out there is trying to communicate with you but doing a poor job. Be patient with them.

LEO July 23-Aug 22:   Moderation in all things. Eat and drink less, exercise more frequently, and your body will thank you.

VIRGO Aug. 23-Sept. 22:   Moving to a new location could be just what you need. Consider your options and make a decision.

LIBRA Sept. 23-Oct. 22:   Accept the honours that come your way. Don’t expect too much but be sure to show your gratitude.

SCORPIO Oct. 23-Nov. 21:   You need to review your thinking. Your conservative habits may be holding you back and not serving you well.

CAPRICORN Dec. 22-Jan. 19:   A little extra kindness to those less fortunate will go a long way to improving your self-esteem.

AQUARIUS Jan. 20-Feb. 18:   Treat yourself! You deserve it. Focus some of your energy on making a more peaceful atmosphere at home.

PISCES Feb. 19-Mar. 20:   A casual friendship is developing into something more substantial. Be patient and give it time to flourish. It will!

In 1933, Jerry Seigel and Joe Shuster created a character they named “Superman”. They presented their creation to many publishers for five years, but nobody was interested. Then in 1938, they met with Harry Donenfeld, a printer and magazine distributor who had just bought a bankrupt comic chain.

The “Superman” strip was just what he needed for his publications, so he bought it. However, the members of his staff at ‘Detective Comics Inc.’ were skeptical and not convinced of the merits of the cartoon. Still, Donenfeld offered Seigal and Shuster $10 a page, which they accepted and signed over the rights to Donenfeld. They gave up the syndication, radio, television and movie rights to their creation. In 1939 the first Superman comic appeared (Pictured on the right}. By 1940 Donenfeld was pulling in $100,000 from Superman.

Seigal and Shuster had a roller-coaster relationship with DC Comics and several other companies. They were frequently in litigation over the rights to their creation. They earned some significant payments, but nothing compared to the large sums of money that the many versions of Superman have made.

Little Johnny’s mother tried hard to get the ketchup out of the bottle. During her struggle, the phone rang, so she asked four-year-old Johnny to answer the phone. Little Johnny ran out into the living room and answered the phone. “Mommy, It’s the minister,” he said to his mother. From the kitchen, Johnny’s mom said, “Tell him I’ll call him back.” Little Johnny spoke into the phone, saying, “Mommy can’t come to the phone to talk to you right now. She’s hitting the bottle.”

Money may not buy happiness, but if you’re going to cry
it’s better to do it in a Mercedes or a BMW.