There have been numerous times in my life that I have said, to myself, “That seems like a good idea. I’ll look into it!” Then I’ve let it slip from my mind and forgot about it. Sometime later, that same idea strikes me again, and I say to myself, “I’m going to do something about it when I get time.” Then I once again allow it to slip away… Worse still would be when I saw someone else doing what I ‘intended’ to do. It had happened enough times that, when I got the idea for The Perkolator, I immediately went into action (I wasn’t going to let this one slip away from me).

This human tendency to procrastinate can be overcome.

First, take a few minutes, immediately, set the idea down, either on paper or your computer and leave it where it will be a constant reminder of your thoughts. Next, whenever you think of something to do with the idea, make a note and place it with your original notes. You will have a base for developing your original concept in a short time.

The constant reminder will keep the idea in front of your mind and allow you the opportunity, subconsciously, to develop it. You can then investigate the challenges and put together a full-blown concept, along with some basic questions. You will be surprised how quickly this will come together and how it did not seem that big of a task. Writing it down, and breaking it up into smaller tasks, will motivate you to complete the idea. Not all of your ideas will bear fruit, but none of them will be fruitful if you do nothing. Remember,

A man who appeared to be in his mid-sixties walked into the local Canada Revenue Agency office, sat down and smiled at all the people working there. “Can I help you?” asked one of the employees. ‘No,” replied the man, “I just wanted to drop in and see all the people I’ve been working for all of these years.” 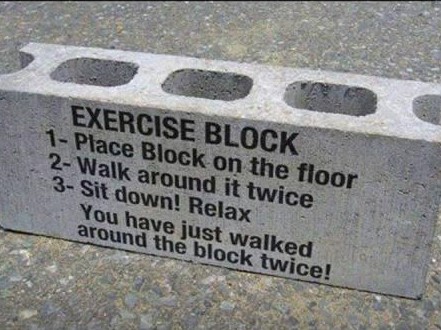 “Fake words are not only evil in themselves, but they infect the soul with evil.”

1. What is the name of the hat, named after the heroine in a George Du Maurier novel?
Trilby.
2. Name the animal: A reptile that spends a lot of time in a bar?
A Lounge Lizard.
3. What are the various degrees of Black Belts called?
Dans.
4. Philosopher Socrates was sentenced to death. How was it carried out?
He poisoned himself with Hemlock.
5. Where would you find a Coronagraph?
An observatory observing the sun.
6. The name of the first Dracula film was _____________?
Nosferatu.
7. What 1950’s song is the line, 'I'm so young and your so old,' from?
Diana (Paul Anka).
8. Mickey Mantle and Roger Maris Played together on which team?
N.Y. Yankees.

ARIES Mar. 21-Apr. 19:  Avoid large purchases at this time. Stick to your budget and create a financial safety net. Protect your future.

TAURUS Apr. 20-May 20: Take a long weekend break. Getaway to the country or the city and enjoy some of life’s benefits.

GEMINI May 21-June 20: Don’t focus on the past. What’s done is done. However, the future has much more to offer than the past.

CANCER June 21-July 22: Children are in the forefront this week. Focus on them and let other concerns wait a little longer.

VIRGO Aug. 23-Sept. 22: The choices you have before you may not be what you expected. But it’s time to cut bait.

LIBRA Sept. 23-Oct. 22: You can’t have your cake and eat it. Somethings got to give. It’s time you made a decision.

SCORPIO Oct. 23-Nov.21: A flirtation oversteps the boundaries. Walk away from the situation. Walk away; there’s too much to lose.

SAGITTARIUS Nov. 22-Dec. 21: An associate creates dissension among your co-workers. Swift action will put out any fires but stay on guard.

CAPRICORN Dec. 22-Jan. 19: This is an excellent time to build foundations for your future; they will stand the test of time. Think “Quality.”

AQUARIUS Jan. 20-Feb. 18: Troubleshooting is not your strong point. Know when to quit and seek the advice of one more knowledgeable.

PISCES Feb. 19-Mar. 20: Beware of a verbal agreement. Make sure you get everything in writing before you make a commitment.

As of January 29, according to the Daily Mirror, a new highway code rule will become law in the U.K. This new law could cost you up to £1,000 if you fail to comply. The law requires someone inside a car to open the door with the hand farthest from the door. The method is known as the Dutch Reach. In other words, if you’re driving (on the right side of the car), you would use your left hand to reach around and open the car door. (The technique is borrowed from the Netherlands, thus the name.) Rule 239 reads: “This will make you turn your head to look over your shoulder. You are then more likely to avoid causing injury to cyclists or motorcyclists passing you on the road or to people on the pavement.” If a person in a car injures someone by opening with the wrong hand, a fine will be levied. Cycling U.K. estimates that more than 500 people are injured every year by car doors. 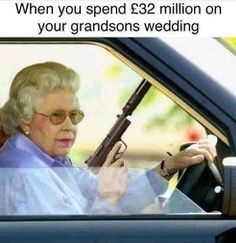 And his wife starts complaining about you to Oprah.

It seems I have spent a lifetime of mouthing mechanically, “Say thank you… Sit up straight…Use your napkin… Close your mouth when you chew… Don’t lean back in your chair….” Then, just when I finally got my husband squared away, the kids came along.

A Veterinarian was feeling ill and went to see her doctor. The doctor asked her all the usual questions about symptoms, how long they had been occurring, etc. When she interrupted him: “Hey, look, I’m a vet, I don’t need to ask my patients these kinds of questions: I can tell what’s wrong just by looking.” She smugly added, “Why can’t you?” The doctor nodded, stood back, looked her up and down, quickly wrote out a prescription, handed it to her and said, “There you are. Of course, if *that* doesn’t work, we’ll have to have you put to sleep.”

Keeping Up With the Times

In Aksaray, Turkey, one family raised cattle for three generations. Izzet Kocak believes their success is linked to their willingness to keep up with modern technology. To that end, the farmer is testing virtual reality goggles that make his cows think they’re standing in a green field of grass in the summer. Kocak says the average yield per day from his cows is 22 litres. But “We had two of our cows wear virtual reality glasses and watch vast green pasture all day, and the daily milk production increased up to 27 litres.” He said the quality of the milk also increased. He has ordered 10 more pairs of V.R. goggles, and if the results are similar, he plans to buy them for all of his 180 cows.

“We are here on earth to do good unto others.
What the others are here for, I have no idea.”